Early this morning someone squeezed "glue" into several of the locks of the exterior doors of the Carson Block Building on 3rd and F Street in Old Town Eureka (based on security footage, we believe it occurred at 4:56am on June 9th, 2012).  We were told by Eureka PD that we were not the only building hit.
We have posted the security camera video on Youtube.  (it is a little clearer on the security system monitor in our office, but not much).
If you can help identify the individual in this video, please contact the Northern California Indian Development Council, and/or the Eureka PD.
Also, if your local building was vandalized in a similar fashion during the same time period, please let us know.
Greg Gehr
Assistant Director
Northern California Indian Development Council, Inc.
241 F Street
Eureka, CA 95501
707.445.8451 v
707.445.8479 f
www.twitter.com/NCIDC
www.ncidc.org

We ordered a matched set of 2GB RAM strips and a 1 TB enterprise class hard drive from OWC. We got the glass removal suction cups on sale from Harbor Freight.  I already owned the Torx drivers and other tools.  Susan had the Spudger.

We watched this video, and looked at this guide for instructions while we did the deed.

Logan took responsibility for most of the jobs, except when it came to the naked LCD panel removal, that one he left for me.

The operation was a success, the iMac fired up, Logan held down the C key and started from a system CD, and breezed through a system install (10.6).  Migrated all his stuff from his Time Machine backup (three cheers for Time Machine!) as part of the 10.6 install, and he is up and running.

Not bad for a just-turned-six-year-old. 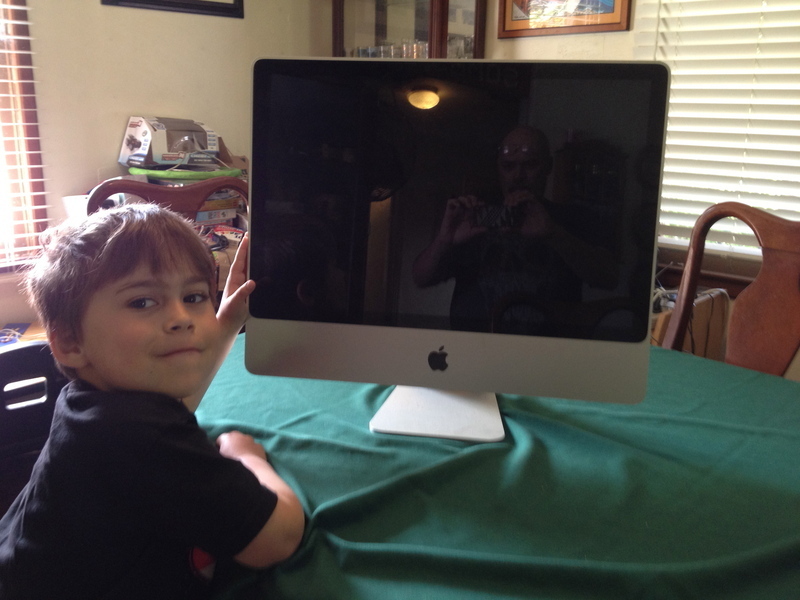 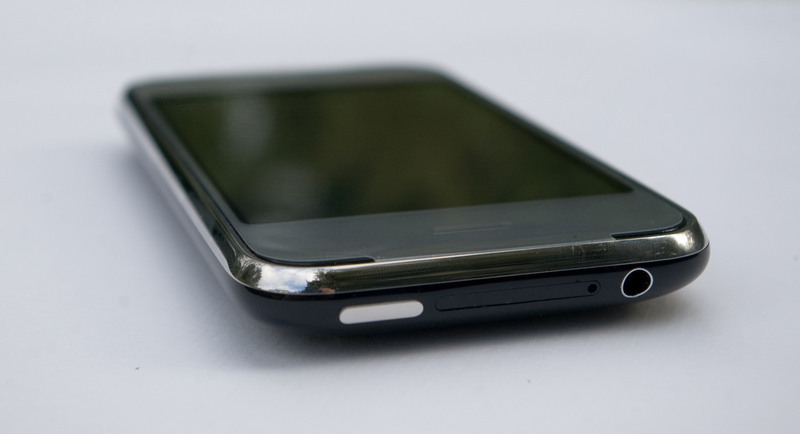 According to a communication sent to Macworld, as of April 8th, AT&T will unlock any iPhone meeting certain conditions.  "The only requirements are that a customer’s account must be in good standing, their device cannot be associated with a current and active term commitment on an AT&T customer account, and they need to have fulfilled their contract term, upgraded under one of our upgrade policies or paid an early termination fee.”  So in other words, if you complete your contract, or pay off the contract with the early termination fee, they will unlock your iPhone for use on any network.  No "jailbreaking" necessary.

I have an old iPhone 3GS from a completed two year contract, that has now been replaced by an iPhone 4S.  I decided to take advantage of unlocking the old iPhone while AT&T is in the mood to do so, and before they change their policies/mind.  I called the local AT&T store where I bought both iPhones (the nearest Apple store is several hundred miles away), and asked what the process was.  The answer stunned me, they didn't know.  They speculated that I would get a code to enter into some secret box on the iPhone to unlock it (not true).  The very friendly salesperson at the AT&T store told me that to get the actual info I wanted, I would have to call AT&T support on the phone, and ask them what the procedure was for unlocking an eligible iPhone. The local salesperson even gave me his email address and asked that I let him know what the process was, so he could tell others in the future!  (I am emailing him the link to this blog post.)  He went on to recommend I just call 611 on my current iPhone, putting me in touch with AT&T support, and ask them to walk me through it.

Taking his advice, I called 611 on my current iPhone, and spent about a minute fishing through some of the automated phone attendant choices, found nothing that applied to my situation, and then I started repeatedly stabbing "0."  Amazingly enough, this worked!  I got a very nice AT&T phone support tech in less than 3 minutes who told me that she knew about the new unlocking process, and asked me to hold for a minute while she pulled up the procedure for starting the process.  First, she wanted the IMEI number for my old iPhone 3GS.  Fortunately, the old phone was charged and booted, so I just went to Settings > General > About, scrolled down to the IMEI number, and read it to her.

She then verified my identity with a couple of account details including my home zip and last four digits of my Social Security number.  She also wanted me to formally state the reason I wanted to unlock the old iPhone.  I think she typed my answer into her computer.  I simply told her that it was in anticipation of future international travel, and that with the unlocked phone, I would be able to purchase a local carrier sim card that would work in the unlocked iPhone in whatever country I was visiting.  She typed that up and told me that "was a legitimate reason" for my request, and moved on.  (what would she have done if I told her I was just doing it because I could? I guess I will never know.)

After this process was over, she transferred me to a higher level tech that was going to complete the process.  There was no wait, this second tier tech came right on the phone.  The second tier tech made me confirm all the data that I told the initial operator, (she did apologize for the redundancy, but said that policy required her to verify everything).  Then she told me that she had entered the unlock authorization for my iPhone.

This was confusing at first, but she explained that to complete the process, and have my iPhone receive the unlock code, I would have to back up the old iPhone via iTunes, then do a restore to original settings in iTunes, which would wipe the iPhone and reinstall the iOS, with the unlock code imbedded in it.  I would get a notification that the iPhone was now unlocked when I completed the process.  iTunes would have to have a good internet connection for all this to work.

I did as instructed, and it worked perfectly.  One caveat when you do the restore, if you are not at the current version of iOS, it will pretty much force you to upgrade whether you want to or not.   This was of some concern to me as I did not know if iOS 5.1.1 would bog down the old iPhone 3GS.  Sometimes it is better to stay at the older system with older hardware.  In this case, that does not seem to be true, if anything, I think the 5.1.1 upgrade improved the operation of the phone with snappier responses to loading apps and doing tasks.  There may be a way to circumvent this "mandatory upgrade" with SHSH blobs and downgrading and such, but that just makes my head hurt and I'm glad I didn't have to deal with it!

The last thing the AT&T tech asked for was my best contact number, she said that they would be doing a followup call to see if I was able to successfully complete the process as part of their customer service.

This is interesting for a couple of reasons.  It appears that AT&T does not control the actual unlocking.  I am speculating that they simply send an authorization for unlocking to Apple, and that Apple is totally responsible for the actual unlocking process during the restore in iTunes.  If In fact, since AT&T is planning on calling me back in a couple of days to see how it went, I don't think they even know when I complete the unlocking (i.e. AT&T must have no direct access to Apple's system, they have to physically ask me if unlocking was competed successfully.)  On the other hand, I guess Apple knows exactly what I am doing, even when I am restoring an iPhone that no longer has a voice, text, or data plan.

Now, what exotic international destination shall I visit with my newly unlocked iPhone? Recommendations? 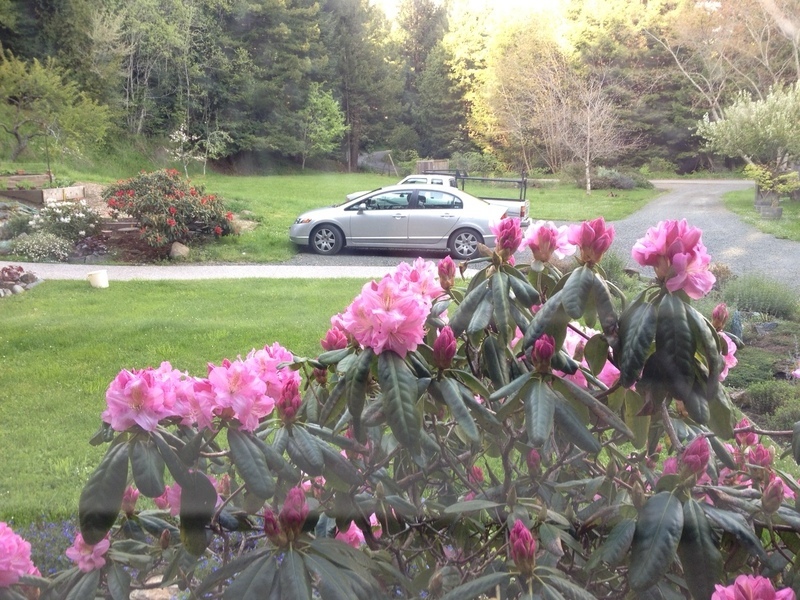 Snow? What snow? All I see is sunshine & blue skies! (Humboldt County, if you don't like the weather, wait 10 minutes) 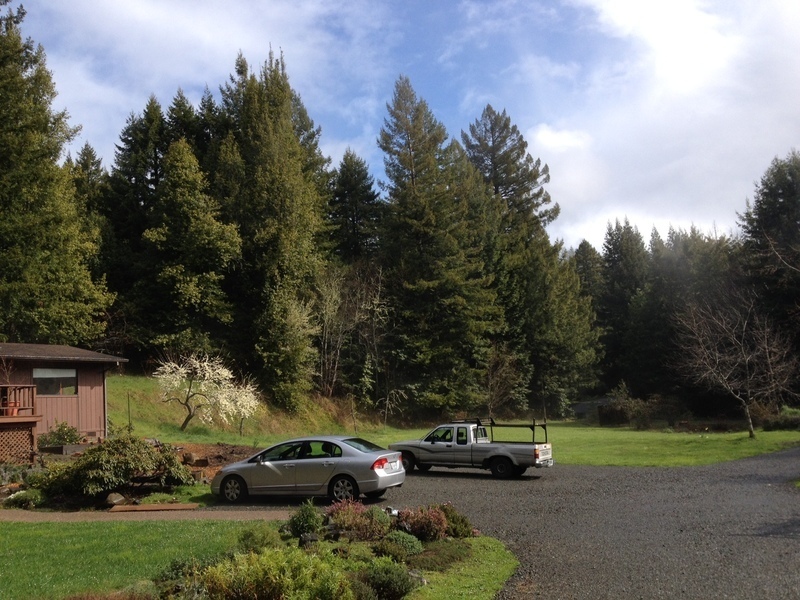 Download IMG_3080.mov
My brother put together this slide show shortly after my Dad passed away this year. This will be our First Christmas without him. We miss you Dad.
My friend on Twitter, @nicholasvogel asked me: "Hey Greg, my ears have always wanted try to some Zappa. Any advice for a newcomer?" This initiated a conversation on Facebook with two very good friends that are Zappa fanatics. We generated a lot of excellent recommendations addressing the question. I post the conversation here for reference of any that might find it of value. 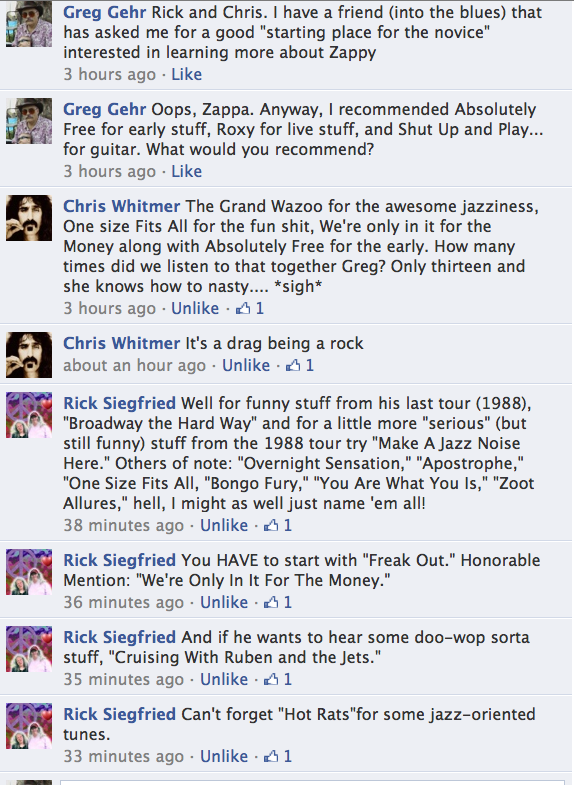 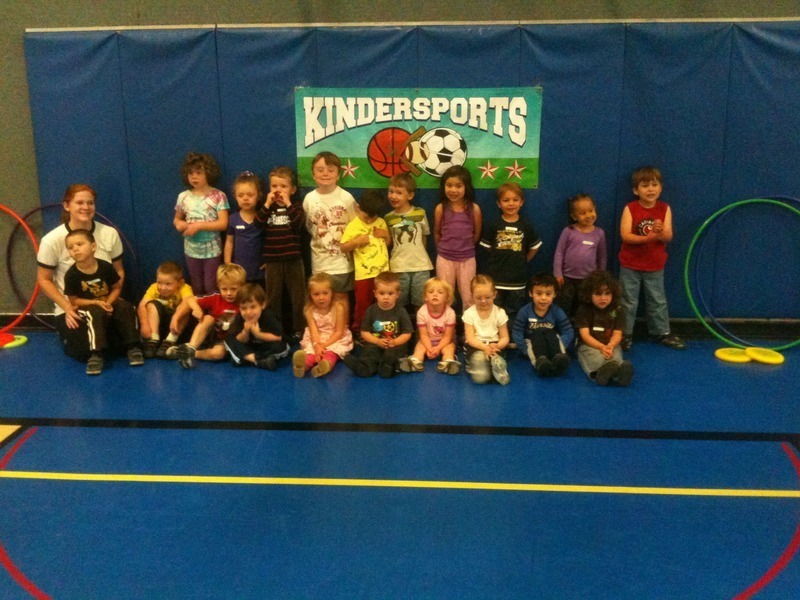