Here are a few shots from Ifipaan's Halloween adventures.  Ifipaan and I dropped Mom off at the HSU library to study, and then went to Arcata, and "trick or treated" the plaza merchants.  We had a very nice time.  It rained the hour before we went, and the hour after we left, but no rain the entire time we walked around!  After an hour or so of extorting candy under the threat of "tricks" from local businesses, we stopped at Mazzottis and each had a frosty beverage.  Ifipaan had milk, I had Eye of the Hawk.
In the first picture, below, you see my favorite Marxist dressed as a Marx brother (too too funny), holding Ifipaan.  The second pic is Groucho's wife (in mask), with our friend Dot behind her.  The third and fourth pics are pretty self-explanatory, just us circling the Plaza looking for new businesses to extort.   Ifipaan is stuffing their face with a Brio sugar cookie in the last pic.
Ifipaan ended up with quite the Elmo bucket full of candy.  After well over a half dozen pieces of candy consumed, then birthday cake and cookies at my party later, Ifipaan was on a sugar high the likes of which we had not seen in quite a while.  At one point, they repeated an old family joke, by looking at me and saying "Daddy, I'm vibrating" (and Ifipaan was too!). 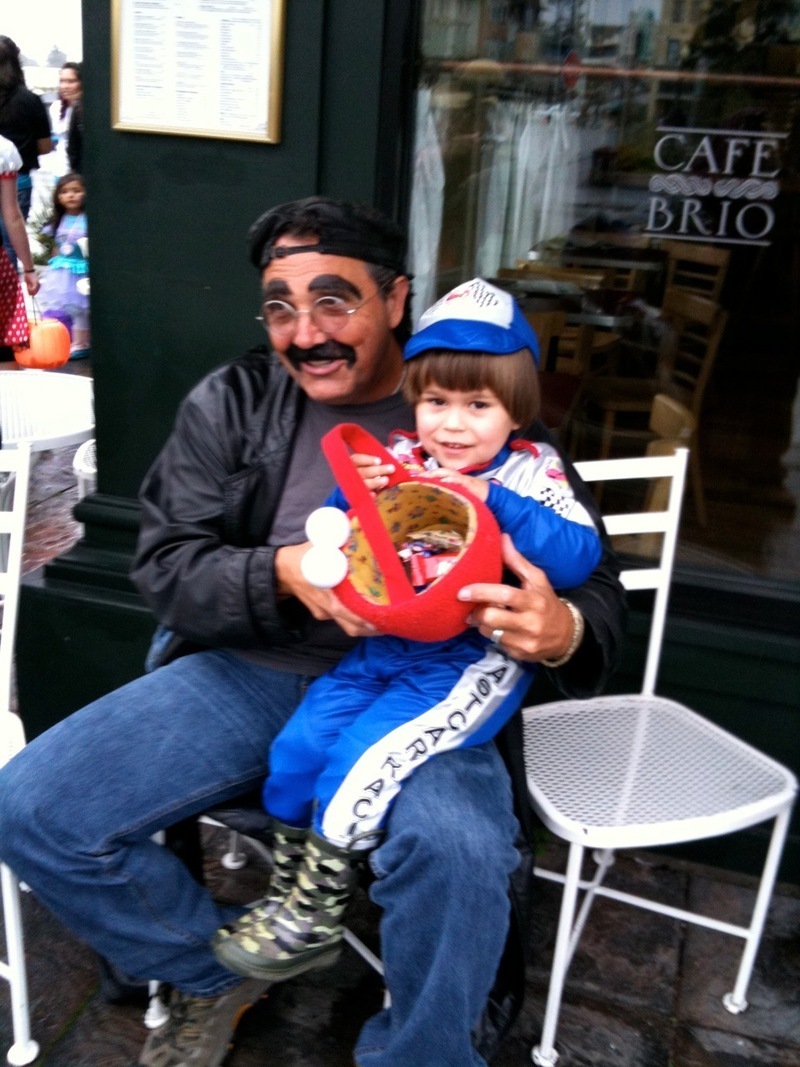