Had a great time with @nate_downey - we went to the Mad River Brewery's new tasting room in Blue Lake (stopping on the way for a plate of chicken strips and an opening pint at the Waterfront in Eureka).
Mad River is celebrating their anniversary (which one, I dunno) and tonight they were tapping their Bourbon Barrel Stout.  This dark nectar is 7%ABV and 36 IBU (No, I did not try the Barley Wine on the menu, below, I think that is what they will feature tomorrow night).  This may be my favorite local stout yet.  It is not "mixed", it is 100% bourbon barrel aged, which means it will be a very limited production run. The flavor is dark, and smooth, with shades of chocolate and bourbon, and a complexity that keeps on coming. Yum!
The last time I was in the Mad River Brewery "tasting room," it was only slightly larger than a walk-in closet (and that was only a little more than a year ago).  Now they have built the beautiful venue that is poorly captured by my iPhone pictures, below.  There was a band playing and the acoustics of the new tasting room were fantastic.  I asked when they would start serving food, and was only slightly surprised by the response that, due to the many permits and changes required, that would be a year or more away.  Wow, a full service Brewery of that caliber in Blue Lake, in a year or so, food and all. I cannot wait!
(updated on 10/30/09: via @MadRiverBrewCo "It's our 20th anniversary, and today we will be tapping a cask conditioned DIPA and Rorschach One wheat wine.") 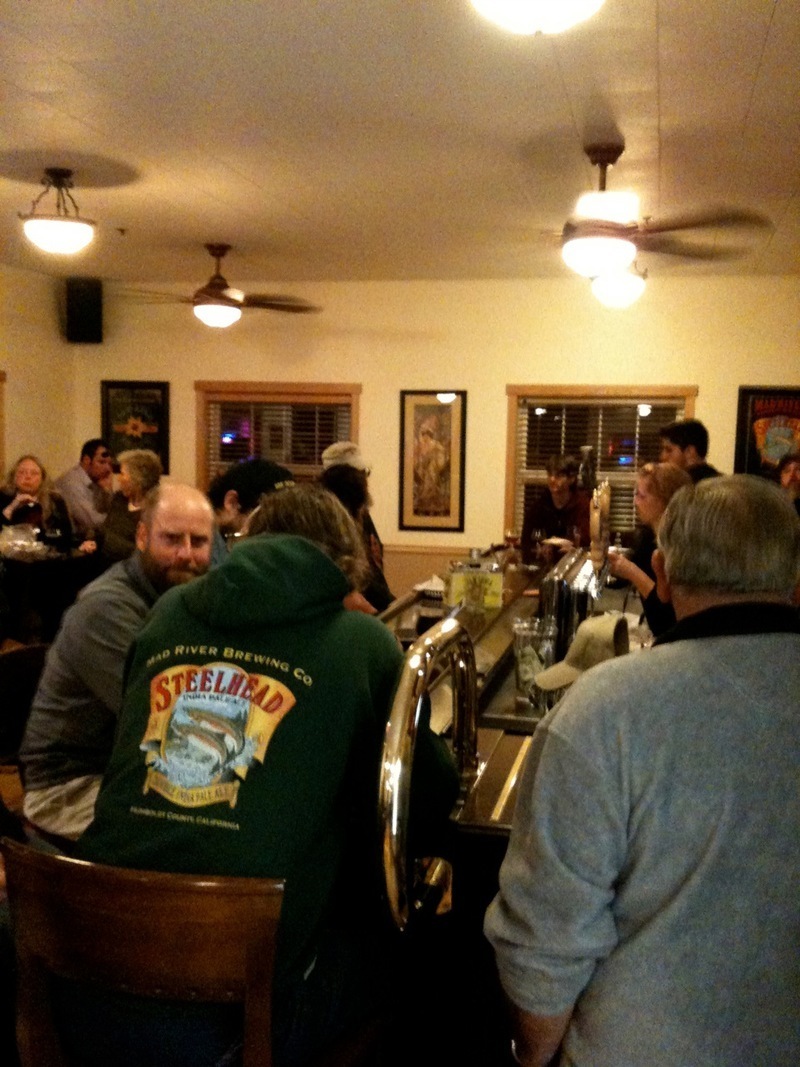 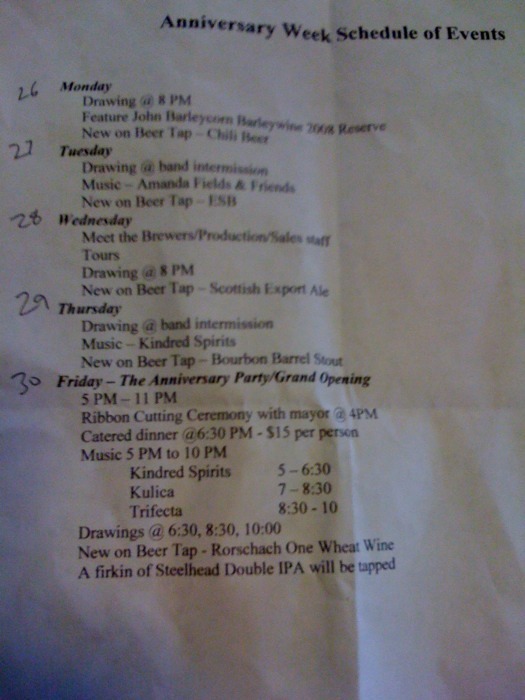